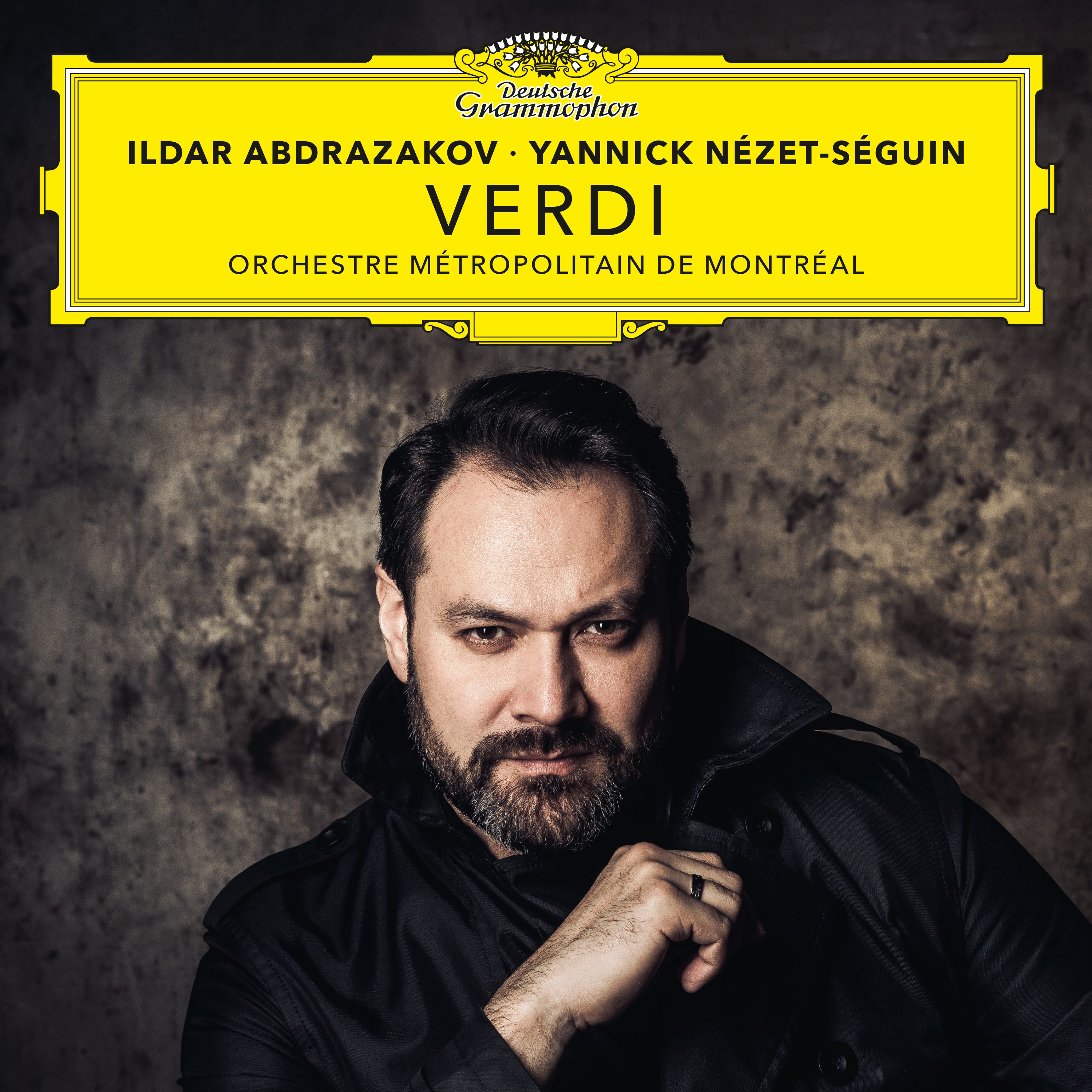 Ildar Abdrazakov tops every casting director’s list when it comes to Verdi productions at the world’s leading opera houses. Having signed an exclusive contract with Deutsche Grammophon in October 2017, the Russian bass now releases his first solo album for the label.
Offering a compelling programme of the composer’s dramatic scenes and arias, Verdi reconvenes the winning team from Abdrazakov’s Duets album for DG, placing him again in company with Yannick Nézet-Séguin and the Orchestre Métropolitain de Montréal.
The recording, set for international release on 16 August 2019, confirms why Abdrazakov is rated among the greatest Verdi basses of all time.
The singer chose to record arias from the heart of his Verdi repertoire and this new album includes works from the early and middle years of the composer’s career, placing often dark, always complex characters centre stage. Verdi opens with music from Attila, one of Abdrazakov’s signature roles.
The Yellow Label has already documented the bass’s majestic voice, hailed by the Independent (London) for its “imposing sound, beautiful legato, [and] oodles of finesse”.