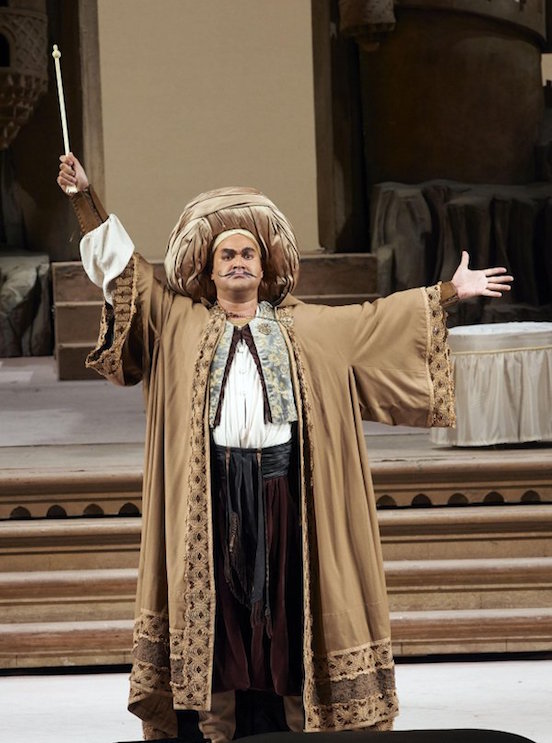 As announced earlier today by the company, Ildar Abdrazakov will return to the Metropolitan Opera for two productions in the 2016-17 season. The Bashkirian bass begins with Rossini’s glittering comedy L’Italiana in Algeri, conducted by James Levine. As Mustafà, Ildar stars opposite Elizabeth DeShong in the title role and with René Barbera as Lindoro and Nicola Alaimo as Taddeo in Jean-Pierre Ponnelle’s production. Performances take place October 4, 7, 12, 15, 20, 22, 26, and 29.
Ildar then returns to the Met stage for a reprise of his acclaimed account of Mozart’s Don Giovanni, returning to Michael Grandage’s production November 1, 4, and 10. Under the baton of Fabio Luisi, Ildar stars opposite Malin Byström as Donna Anna, Amanda Majeski as Donna Elvira, and Nadine Sierra as Zerlina with Ramón Vargas as Don Ottavio and Matthew Rose as Leporello.