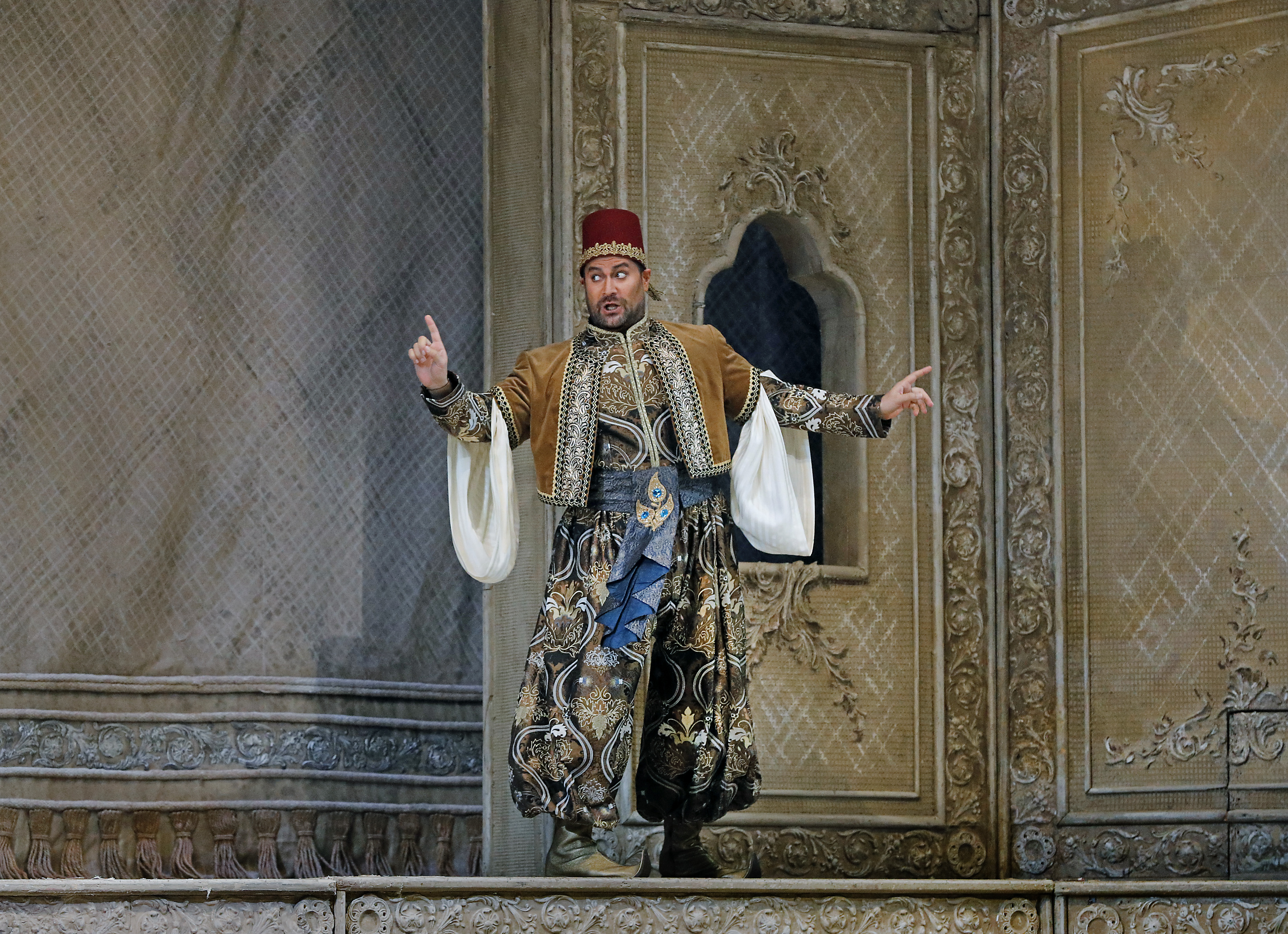 Ildar Abdrazakov’s return to the Metropolitan Opera this week for the company’s revival of L’Italiana in Algeri has earned the Bashkirian bass acclaim for both his vocal performance and physical comedy.

As the Bey Mustafà Rossini’s manic drama, the New York Times proclaimed that “the evening belonged” to Ildar. “Vocally, he remained focused and resonant in every angle and turn of the sometimes preposterous coloratura passages Rossini assigned to him.”

Added the Observer, “Ildar Abdrazakov was in fine, burnished voice as Mustafà.”

“This was an entertaining evening, in part due to the quality of Rossini’s work itself, but substantially because of bass Ildar Abdrazakov’s performance as the story’s centerpiece,” wrote the New York Classical Review. “Abdrazakov is right at home in Rossini opera buffa … [his] big voice is perfect for the Bey’s buffoonish bluster, and he played the part with more ham and relish than a Chicago hot dog. More than entertaining, he was clearly enjoying himself, which spread an infectious pleasure to the audience.…His sheer glee in performing the part honors Rossini and the audience in the best way possible.”